Jupiter Christian School is committed to excellence in teaching the mind, reaching the heart, and inspiring servant leaders who will impact the world for Jesus Christ. 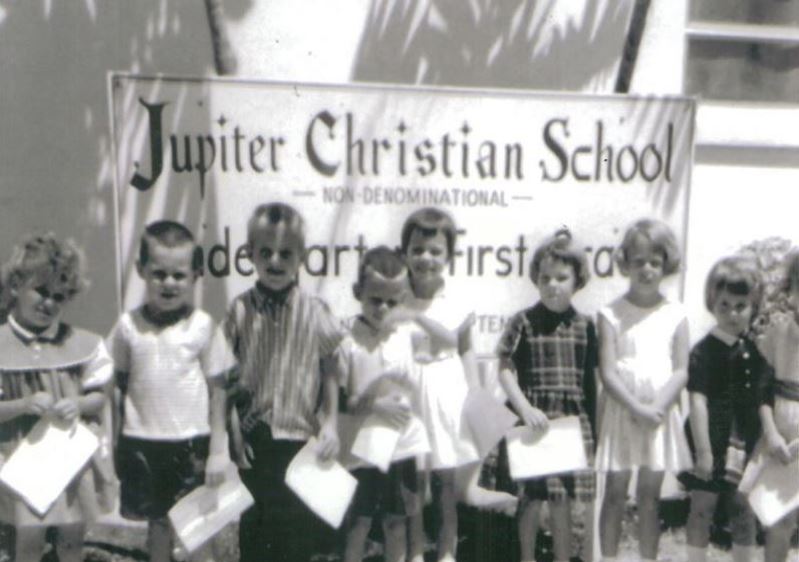 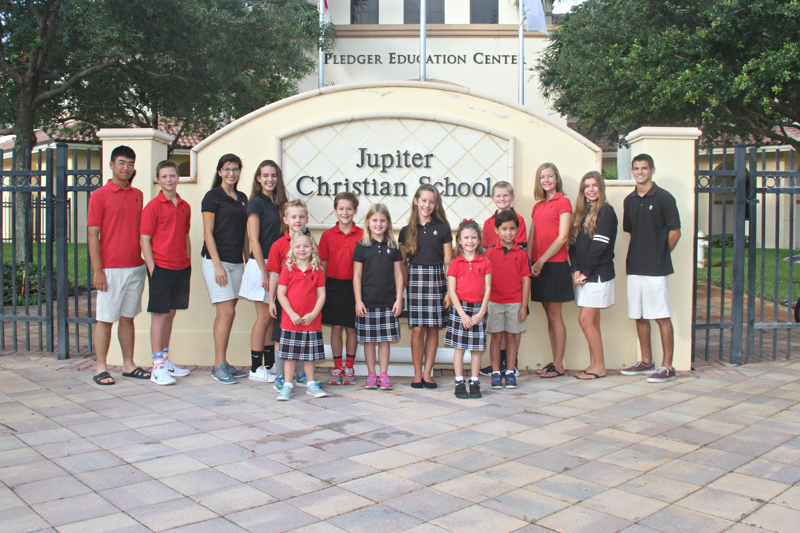 In response to the need for solid education from a Christian perspective, Jupiter Christian School opened in September of 1963. The first registered student at JCS was Vanessa Rood Mortensen, whose parents, Mr. and Mrs. Roy and Patricia Rood, were among the original and most influential founders of the school. The schools founding families were committed to ensuring that their children’s education would not be devoid of godly principles and values. Their vision was to create a school where the thoughts of God would inform the things that students learn.

Classes were held in the educational building at Grace Immanuel Bible Church, which was named First Southern Methodist Church at the time, for the first three and a half years. In July of 1966, construction began on Delaware Boulevard on land donated in memory of Mr. and Mrs. Henry S. Pennock, Sr. Classes were held for the first time in the current location on January 2, 1967.

The original buildings served the school well until September 5, 2004 when Hurricane Frances hit the school and severely damaged the elementary building. Three weeks later, Hurricane Jeanne finished the job by ripping apart the weakened structure. This loss, though difficult, resulted in the building of a new state-of-the-art structure which opened in the fall of 2006. It also provided a tremendous sense of God’s provision since the new two-story, 51,000 square foot facility replaced the original 13,000 square foot one-story building. Additional features have been added over the years, such as science and technology labs, wireless network system, multimedia classrooms, and multiple conference rooms, and a new athletic field that was completed in September of 2015. Most recently, the gymnasium underwent a renovation that added some exciting design changes including new top-of-the-line wood flooring and a complete repainting of the interior space as well as some unique innovations such as an automated basketball system, modern retractable bleachers and ScoreVision LED HD displays that allow for intelligent score keeping and a variety of multimedia presentation opportunities.

In August 2018, God provided for an exciting expansion of our school with the opening of a second campus in Jupiter, just one mile from our original West Campus. This new East Campus is set on almost three acres and is a testament to God’s faithfulness and His perfect plan for our school. Located on South Pennock Lane, connecting our school once again with the Pennock name, the Jupiter Christian School East Campus opened on August 15, 2018 and serves students in PK2-1st grade. The new campus classrooms are fully-equipped and thoughtfully designed to give our students an optimal environment for learning paired with bright and imaginative details that evoke the JCS feeling of home & family. The East Campus features a dedicated fine arts room for art and music education, three all-new outdoor playground areas, a storybook butterfly garden and working herb/vegetable garden, a multi-purpose outdoor covered pavilion and physical education areas including a gymnasium, sports play court, soccer field and basketball court.

Today, Jupiter Christian School continues to flourish as a school with an enrollment of over 1,000 students from PK 2 through 12th grade. Although many things have changed over the years, one constant remains throughout the decades. Our mission to honor God by teaching the mind, reaching the heart of our students, and inspiring servant leaders who will impact the world for Jesus Christ will forever be the foundation of Jupiter Christian School.